Your Horse’s Ability to Hide Pain

We’ve all heard that horses are a flight or fight animal. That means that our equine friends are hardwired by nature and genetics to flee and run at the first sign of danger or fight. But fight is their last resort as they are not equipped with claws, sharp teeth or other means to incapacitate a predator. So, they run when presented with danger or the unknown in order to survive.

Newborn foals are on their feet within an hour and able to move with their dam and the herd in the event a predator should appear. This ability is by design not by accident. 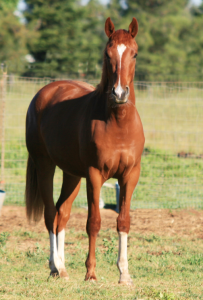 How often have you presented your horse with a new object, obstacle, place, or situation and his first reaction is to brace, put on the brakes, back up, etc. It happens all the time and we’ve all learned how to handle those situations.

The second line of defense in nature is your horse’s ability to hide pain.  But do you know what to do when your horse engages this secondary defense mechanism? Probably not, because there are no obvious outward signs when it’s in use until it’s acute.

In the wild, if a horse were to start to show lameness, pain and lag behind, the herd would ostracize him and leave him behind for predators.  No horse wants that, so they mask and hide the outward appearance of problems and do their best to keep up.

Obviously, when the pain gets to be overwhelming and the horse can no longer hide it, he will begin to show outward signs of the pain in lameness or other and nature takes its course.

One of the most painful situations for a horse is colic and experienced horseman learn to recognize the signs. Some of the signs of colic include pawing, bloating, rolling, sweating, distress or loss of interest in food. If you ever observe these signs in your horse, don’t hesitate, call your vet. Colic can be deadly if not treated quickly. Colic is acute pain and beyond the horse’s ability to mask the signs.

But what about other aches and pains that are not acute: Stiff or sore muscles from the workout the day before or a slightly knotted muscle from over reaching or taking a jump too long. How do you recognize the signs of that type of pain?

A horse in motion is like a wave in the ocean – a constant wave moving gracefully across the ground. Interrupt that wave, and that motion or ability to perform at 100% is changed and diminished.

The muscles of a horse aren’t that different from yours. They represent nearly 60% of his total body weight and is the system responsible for motion.  Just like your muscles, a horse reacts to overuse, overstretch or over load of the muscle – first by tightening, followed by spasm.

A muscle has two movements. It contracts and it releases. Both are required to move a joint through its normal range of motion. It’s called reciprocating.  When one muscle flexes to move a bone, another muscle is releasing to allow it to move.

A muscle in spasm can’t fully contract or release and that interrupts the  free flow of motion. As such, the most overlooked factor in diminished performance is muscle tightness. A bit of knotted muscle no larger than the tip of your finger, that’s not able to perform its normal function, can destroy the synchronization of motion needed for 100% performance. Have you ever wondered why he’s not extending like he was, or he seems to lack power behind? 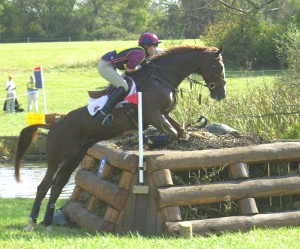 Unaware of the knot, you continue to ask him for the same level of performance you’re used to, and he gives it.  But in order to give it, he compensates by asking the next muscle or group of muscles in line to do a little more because of the injury “up stream”.

Now this muscle group is being over used… and it spasms… and the spasm and tightening cascades from one muscle to the next until no amount of compensation will help. The desire to give what’s being asked overwhelms him and he pulls up injured. Now, you have a problem.

We tend to pay more attention to legs and tendons than any other part of the horse’s anatomy.  Tendons are the extensions of muscles and connect the muscle to the bone. But the tendon represents only ten percent of the stretching ability in a leg. The other 90% is from the muscle.  So, why don’t we pay more attention to the muscles?  We should and we can.

Here are some signs to watch for:

Whether you hack out on trail or you are a serious competitor, a maintenance schedule of equine massage and body work is recommended.  Massage restores proper motion to a malfunctioning muscle and when all muscles are functioning as they should, your horse can work at his total potential.

Not only is it beneficial to the well-being of your equine partner, it will prevent injury. Don’t let a small group of muscle fiber, knotted or in spasm, keep your horse from performing at his total potential.

I love this quote from Poor Richards Almanac, a great example of an innocuous problem that leads to a rider’s demise.

Equine sports massage and bodywork is not a substitute for regular veterinary care.

All about equine sports massage.

Strengthen Your Horses Back